This week's Summer finale of Pretty Little Liars really packs a wallop, and we're still staggering and trying to recover. A takes the girls through another dizzying game of cat and mouse, and we're not sure we want to know what happens if they lose. 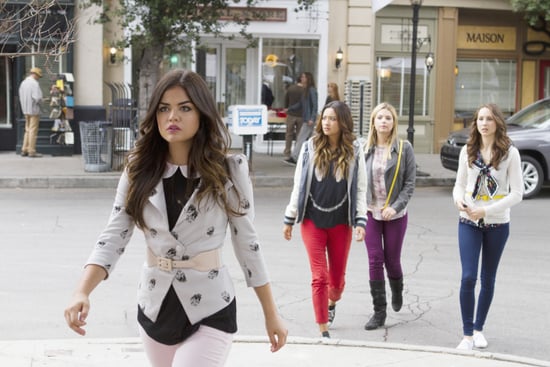 Is CeCe really Red Coat? Is Alison alive? Who is the mastermind behind A? Well, we got more than our fair share of answers. The Summer finale drops not one, but two huge bombs, and we can't even begin to process what this means for the coming seasons. Check out the full recap after the jump.

We're glad we have a little time to recover, because we're feeling emotionally fragile and unable to trust anyone. One thing's for sure: we can't wait for Halloween. Don't forget to snag the hottest looks from the Summer finale, courtesy of POPSUGAR Fashion!

Madison Bailey
Madison Bailey Trades in Her Casual, Surfer-Girl Style For This Electrifying Versace Skirt
by Sarah Wasilak 2 hours ago