ABC Family's drama series Pretty Little Liars has wrapped up its first part of the season for the Summer, and though your opinions were initially mixed, there has been a certain faction of us that has been sucked in (translation: It was me. I got addicted). 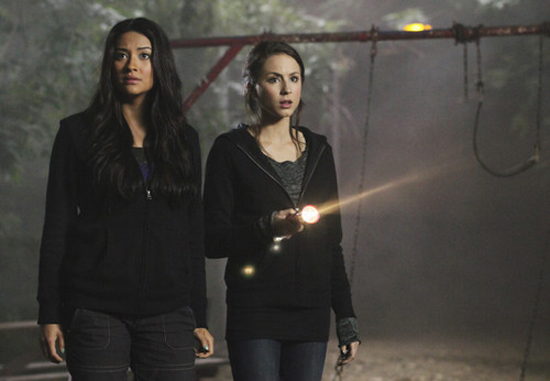 So for those of us unashamedly involved with the stylish, deliciously cheesy mystery, I want to get your thoughts on the finale. It ended with a couple cliffhangers and a bigger question: Did they give us an answer for who "A" is? The big reveal in the final seconds wasn't necessarily the definitive resolution I was hoping for. How did you take it? And more importantly, what did you think of the season as a whole? Will you keep watching when the show returns with the rest of the season's episodes?

Pretty Little LiarsTV
Around The Web