Thanks to a small phenomenon called Friends, Jennifer Aniston will forever reign as one of America's post popular actresses. This Friday, she adds another project to her repertoire with The Bounty Hunter, opposite Gerard Butler, but it's only the most recent film in a long line of rom-coms, dramas, and TV stints Aniston has taken on over the years. Sure, you love her — but do you think you know everything there is to know about her career? Time for a test! 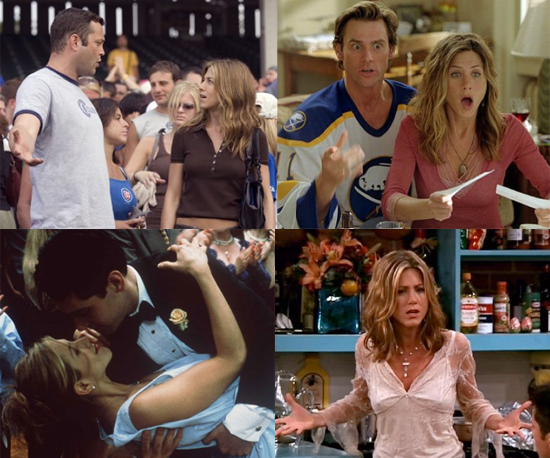 How Well Do You Know Jennifer Aniston?

What was Jennifer Aniston's first film?

What is the name of the restaurant where Jennifer Aniston works in Office Space?

Name the movie where Jennifer Aniston says this line: "We had sex mommy! The really dirty kind!"

In the movie The Object of My Affection, Nina (Aniston) has a crush on her gay best friend. Which actor plays her straight boyfriend?

Aniston starred in the TV version of what '80s movie?

On the TV show Friends, what is the name of Rachel Green's maid of honor (who later marries Barry)?

Where does the film He's Just Not That Into You take place?

Which actress has not played Jennifer Aniston's sister?

What is the name of Jennifer Aniston's character in The Good Girl?

When Jennifer Aniston guest starred on 30 Rock, how did her character Claire know Liz?

by Tara Block 39 minutes ago