If you watched this morning's teaser for Transformers: Dark Side of the Moon, you may have wondered, what happened to the robots. The footage was nearly devoid of them, but I think we may have discovered where they ran off to: this preview for Real Steel. Hugh Jackman stars as a former boxer, relegated to the sidelines now that robots have become the main attraction in the ring. Jackman's character discovers he has a son, and together, they train a steel contender for competition. 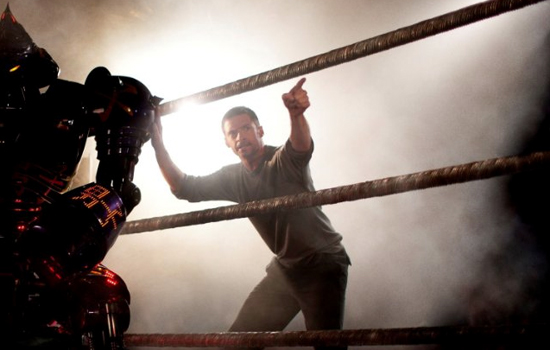 The film is directed by Shawn Levy, who also did the Night at the Museum films, so I was expecting the movie to be somewhat light. Not so. Judging by the trailer, it's trying to be a serious action movie, in which case it definitely looks ridiculous. Boxing practice with a robot on a motel front lawn? C'mon. Watch the preview — and keep an eye out for Lost's Evangeline Lilly! — after the jump.

Aubrey Plaza
You're Not Alone: Aubrey Plaza Wants People to Root For Riley and Abby in Happiest Season
by Karenna Meredith 13 hours ago