In case you're thinking a new historical drama may not be your thing, consider this: it's on The CW and The Lumineers are on the soundtrack. Reign stopped by for their TCA panel this week, and they were pretty persuasive as to why audiences should tune in. Adelaide Kane (aka Mary, Queen of Scots), Toby Regbo, Torrance Coombs, Megan Follows, and executive producer Laurie McCarthy talked to reporters about the show's unique soundtrack, which includes exclusive music from The Lumineers, as well as why they're OK with bending the truth when it comes to historical accuracy. 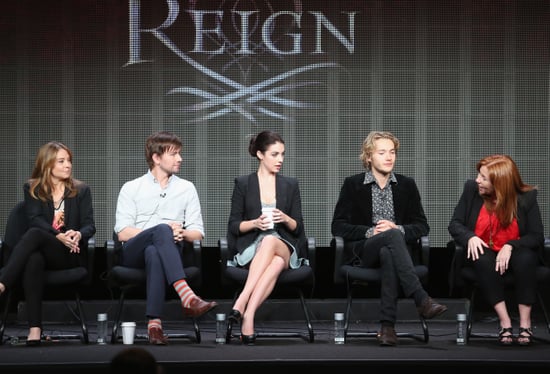