Season two of Revenge is officially underway, and let's just say things are decidedly less glamorous in the Hamptons this year. We don't start off with a murder, but then again, there are still plenty of mysteries floating in the ether. It's been a busy few weeks: Emily has been spending time trying to unlock memories of the mother she now suspects is alive, Charlotte has been in rehab, Jack has been supporting pregnant Amanda, and Daniel and Ashley are together. 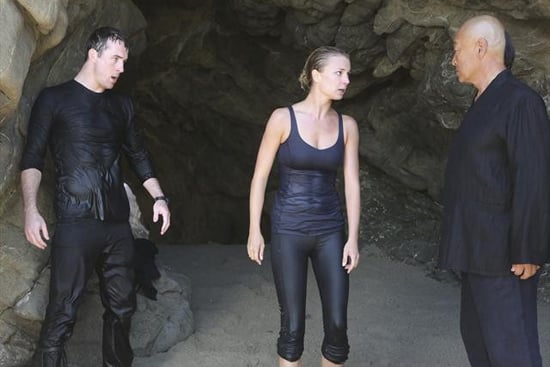 There are a couple of new characters to look out for, including one of Emily's frenemies from Takeda's training camp and a rehab counselor I'd like to call Dr. Shady. The premiere is full of juicy hints at the season to come, and I can't wait to delve into it. Let's get into all the details — and spoilers — when you read more.

Other burning questions swirling from the premiere: since when are Emily and Charlotte best friends? Does Conrad really want to get to Charlotte's inheritance? Has Daniel reached the point of no return? How much do you love that Nolan is crashing on Emily's couch?

Beauty Shopping
15 Celebrity Beauty Products That Are Worth the Hype, According to Our Editors
by Jessica Harrington 21 hours ago