Illusion is the theme of this week's Revenge, and it's quite fitting for the Hamptons crowd, for whom nothing is as it appears to be. The episode revolves around Victoria and Conrad's swanky vow renewal, otherwise known as the fastest-thrown party in the East. Puppeteer Emily is back to work, having walked off the shock of her mother's return. The title of the show is Revenge, after all, not Emotions. Mason Treadwell is still sniffing around the scene, and thanks to some strategic manipulations, he may have put the pieces together. 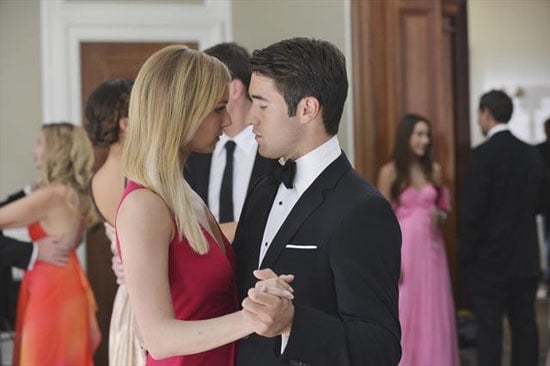 The shady Stowaway story takes a backseat as both Porter boys have significant relationship developments to be concerned with this week. Meanwhile, I did not get nearly enough Nolan. Find out what we did learn from "Illusion" when you read more.

What did you think of the episode? Are you glad Declan and Charlotte are back together? Where did Victoria put the other half of the picture with Gordon in it?

America's Got Talent
Gina Brillon: AGT's First Latina Comedian Finalist on the Importance of Representation
by Johanna Ferreira 4 days ago