This week's Revenge jumps ahead six weeks from Padma's disappearance, and Nolan is on the hunt. He also looks like a crack addict after spending weeks locked in his office sans sunlight. Victoria is preparing for the masquerade ball — vital this year as last year's was called off due to Conrad's imprisonment — but she's getting a bit spooked, suddenly haunted by the ghost of her firstborn. Emily is, of course, behind the pranks, but it's all for a greater good: avenging her father. Right? What's the goal again? It's pretty muddled. 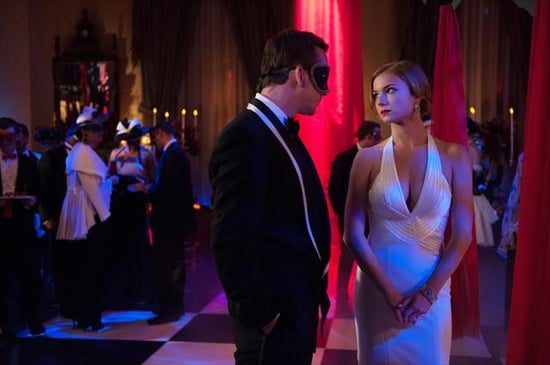 Emily is also back with Daniel — "reunited and it feels so good," as the Page Six article puts it — and Victoria is less than satisfied. Let's go through this week's biggest scandals when you read more.

What's your take on "Masquerade"?

The Bachelorette
Bachelorette Fans Have Found a Bunch of Cast Lookalikes, and You Can't Unsee Them
by Amanda Prahl 33 minutes ago