As promised, this week's Revenge brings drama, trauma, and loss of life. "Sacrifice" picks up directly after Jack and Amanda set off for what becomes the honeymoon from hell. It's all sexy time and sleeping on the deck, until they realize — dun, dun, dun — there's a Ryan brother hiding out on their boat, and he sure is angry! Back on dry land, the Grayson clan is getting ready to announce Conrad's candidacy for governor. Emily and Nolan aren't in attendance because they're busy being lifeguards and patrolling the high seas to save Jack and Amanda. I know, it's a lot to take in. 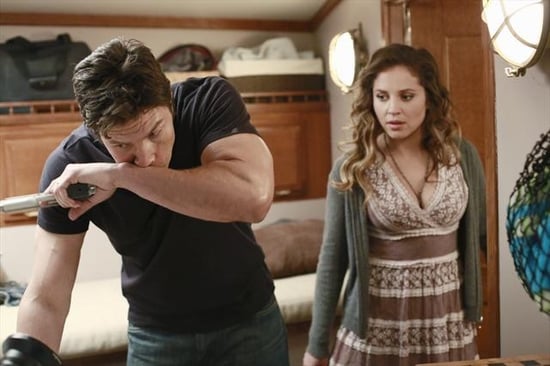 We lose not one, but two Revenge regulars this week, but I'm only kind of sad about one of them. Let's get down to the nitty-gritty scandals when you read more.

What did you think of "Sacrifice"? Did Emily's tears inspire you to cry as well? Will you miss Amanda?