This week's episode of Revenge sees not only the beachside marriage of Jack and Amanda, but the dissolution of a few unions — mainly that of Helen and her life. Yes, Jack and Amanda are now happy newlyweds, but probably not for long. Amanda is struggling with feelings of abandonment, we discover where Padma's allegiances lie, and Aiden gets some bad news about his sister (the one that has been kidnapped and held captive by The Initiative). 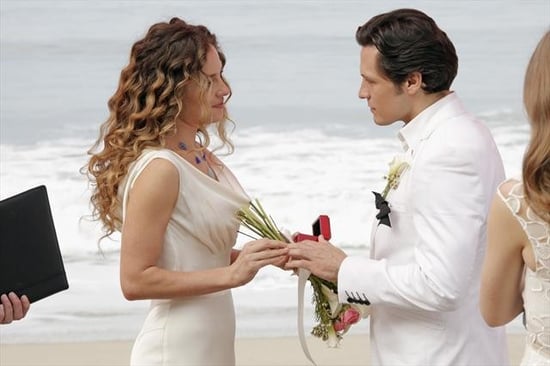 For my money, this has been Revenge's best episode in a while. I love that something big finally happens with The Initiative — there's only so many ominous discussions I can take. My heart breaks a little bit for Emily, too, who has to watch her childhood sweetheart marry the girl she met in prison and passed over her identity to. The humanity! Let's go through the biggest scandals of the night.

What's your favorite part of "Union"? Am I the only one getting a kick out of the fact that big businessman Daniel still lives with his mommy?