I'm still reeling from the first season finale of Revenge. Though I've been following the show since day one, my allegiance had slipped a little in the past few weeks because the plot seemed to be straying — until this week's episode. Color me happily surprised! At first, I thought the big shocker was when Amanda shows up . . . pregnant! I knew as soon as Victoria gets out of the limo and approaches the plane that something is amiss, then when the white-haired man shows up, I think we all knew that plane was going down. Then Charlotte overdoses, and in case that's not enough for you, Emily's mom is still alive! It's like a series of little brain bombs! Are you as impressed as I am with the way season one ends? Will you be tuning in next season? 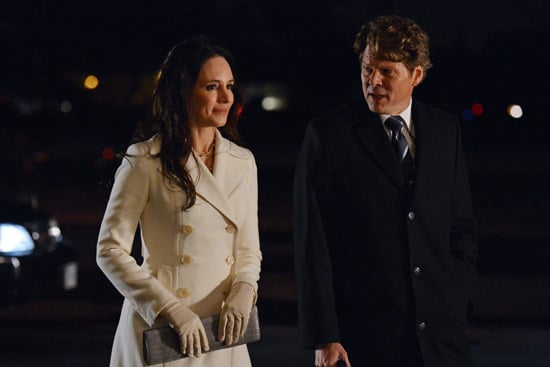 Saturday Night Live
Rami Malek and Pete Davidson Recap Squid Game in a Country Song, and We Can't Stop Singing It
by Yerin Kim 19 hours ago