PaleyFest was back in action yesterday afternoon for Revenge. Stars of ABC's new hit show came out to talk about their successful first season, which, so far, has offered no shortage of plot twists, evil agendas, love triangles, and more. At the panel discussion, which followed a screening of a 20-minute teaser, Emily VanCamp (Emily), Madeleine Stowe (Victoria), and Josh Bowman (Daniel) graced the stage with the rest of the cast and creators to talk about their highly addictive series and answer questions for fans. The cast laughed along with the audience as they discussed the fun of playing such "twisted characters," as well as revealing a few hints at what is to come before the finale. Check out the highlights: 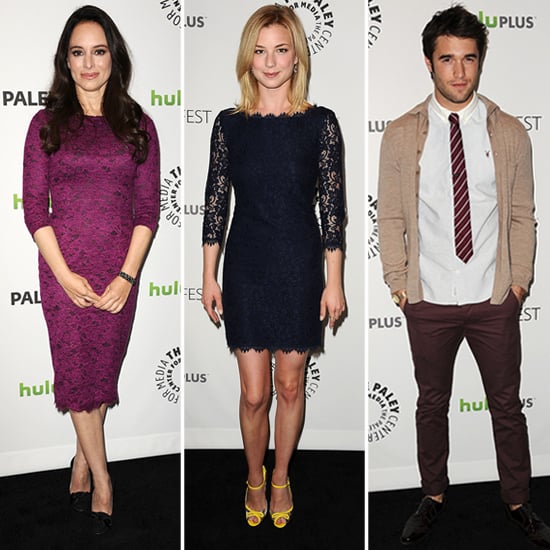