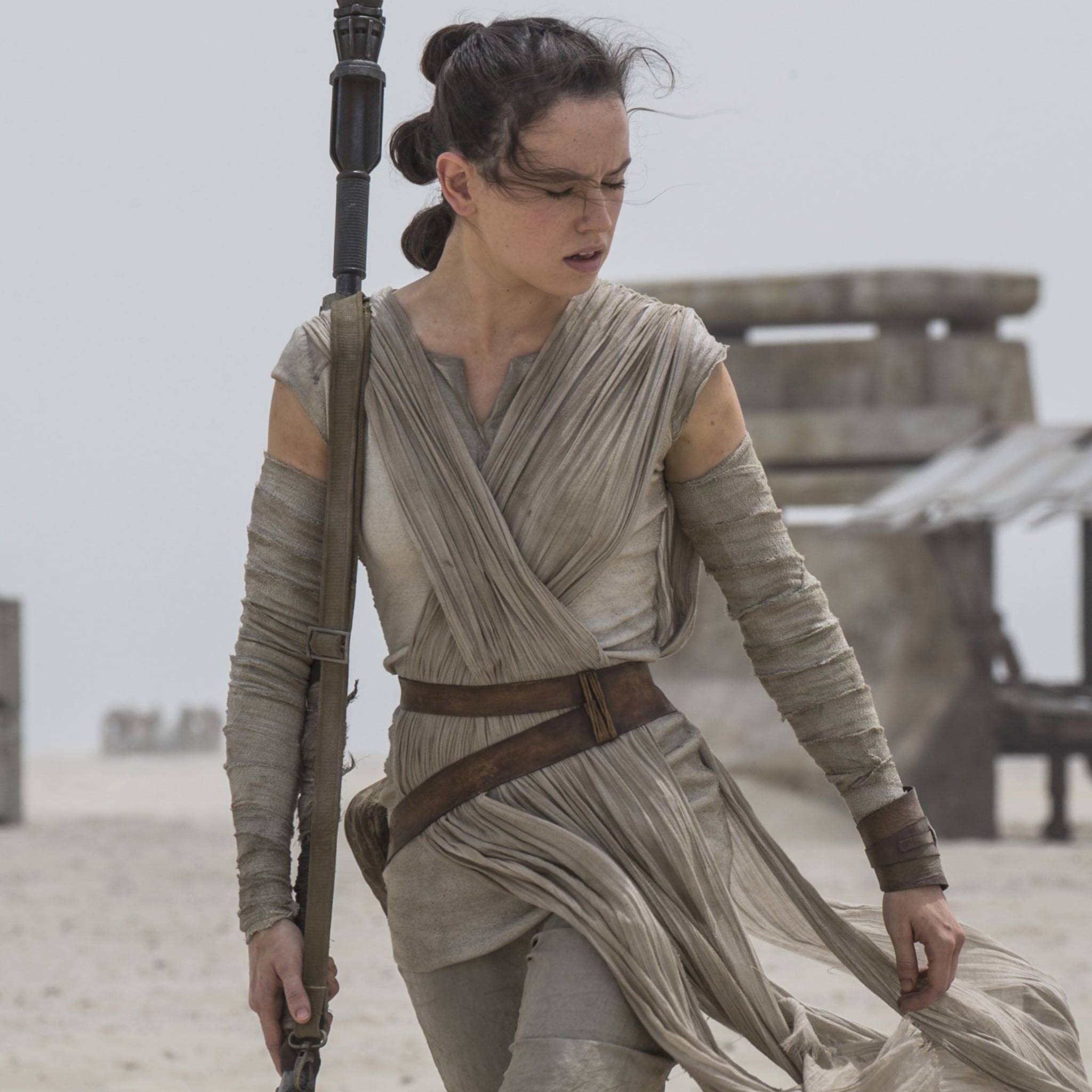 It's been well over a year since Star Wars: The Force Awakens blasted into our galaxy, and we're still processing. While there are some lingering questions about the latest trilogy, one glaring mystery seems to stick out among the rest: who the hell are Rey's parents? While there are plenty of plausible theories, one insane internet claim out there alleges the most unexpected lineage for Rey: she could be related to Emperor Palpatine. Is Rey the granddaughter of the evil Sith Lord? We're unpacking all the most prominent evidence so you can decide for yourself.

Her Fighting Style Is Similar

Rey's first move in her lightsaber duel with Kylo Ren is a forward stab. This also happens to be the exact same first move Emperor Palpatine executes in Revenge of the Sith. It's also worth noting that these are the only two Force-sensitive individuals to use this form of attack. They also share another move: swinging the lightsaber overhead and bringing it down, sledgehammer style. It can't just be coincidence . . . can it?

Rey Seems to Be Pulled Toward the Dark Side

There are a few passing moments in The Force Awakens that indicate a darkness within Rey. It's interesting to see how much she relishes telling Kylo Ren that he'll never be as great as Darth Vader. Later during their lightsaber battle, her bloodlust almost seems uncontrollable, and there's a moment near the end where she almost delivers a final deadly blow . . . until she lets him live. Could she be teetering on the edge of the dark side? Is it possible she has the power of the Sith running through her veins?

While Luke has been one of the most popular picks among the candidates for Rey's parents, there's a lot of evidence to suggest that it's just not so. First and foremost, it's simply just too obvious. The Force Awakens is filled with nods to a connection between Luke and Rey. There's the fact that Luke's lightsaber "calls out" to her. Then there's all of her Force-sensitivity and Jedi mind tricks, and that loaded scene with Luke himself at the end. It's so obvious! It's so heavy-handed! It would just be way too easy.

It stretches beyond that, of course. If Rey were Luke's daughter, could we really believe Han Solo and Leia Organa knew nothing of her existence? And why would Maz Kanata imply that Rey's parents were dead? If Luke is not the father, it leaves room for someone else.

The Skywalker vs. Palpatine Phenomenon

It's worth noting that this dichotomy appears in every Star Wars trilogy. In the original trilogy, Luke Skywalker faces off against Emperor Palpatine. In the next trilogy, Anakin Skywalker, still teetering on the edge of the dark side, also fights Palpatine before he becomes the deformed Sith Lord we recognize him as. In the new trilogy, Kylo Ren is a Skywalker. His mother is Leia Organa! Wouldn't it make the most sense to have another destined face-off? A Skywalker against Rey, a Palpatine? Furthermore, it would almost add a dash of poetic impact to the new movies. With a Skywalker as a Jedi and a Palpatine as a Sith in the preexisting films, this new entry is flipping everything on its head. Kylo Ren, the Skywalker, is a Sith. And Rey, possibly a Palpatine, is on the good side . . . for now.

There's so much more to unpack: the fact that Supreme Leader Snoke and Kylo Ren are obsessed with getting their hands on Rey, the fact that Rey is skewed toward the dark side on the poster for The Force Awakens, and even Luke's apparent apprehension in that haunting final scene. If you want to dig even deeper, this video does a pretty good job of covering everything:

Star Wars
What Do Tusken Raiders Look Like Under Their Masks in The Book of Boba Fett? Let's Investigate
by Michele Mendez 4 days ago