Prepare your goodbyes, Pawnee fans, because two of Parks and Recreation's series regulars are departing. Rashida Jones and Rob Lowe are leaving the show following this season's 13th episode. As Ann Perkins, Jones has been a staple since the very first episode, and Lowe extended his guest role as Chris Traeger into a regular one during season two, so this is a sad day for fans. Most of all, I'm left wondering what's in the future for Ann and Chris. Last season ended with the two characters pursuing having a baby together, so I'm hoping we'll get some closure on that situation — and maybe get to see them walk off into the sunset together. What do you think? I can't be the only distraught one here. 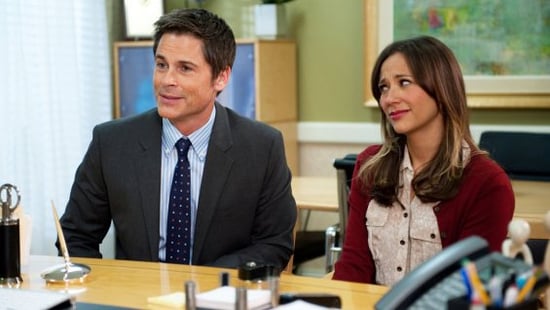 The Bachelorette
Is Clare Crawley a "Good" Bachelorette? That's Turning Out to Be a Complicated Question
by Amanda Prahl 5 hours ago