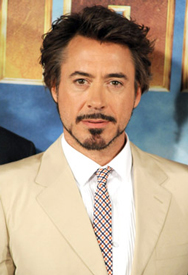 Can Robert Downey Jr. follow in screen legend Steve McQueen's footsteps? It looks like he'll get the chance for a new project, a film called Yucatan, which Downey Jr. is attached to star in and produce. Yucatan has a bit of Hollywood history behind it — acting great McQueen conceived the story about a deep-sea salvage expert on the hunt for underwater treasure in the Mayan ruins of Yucatan. Supposedly, McQueen had wished to star in the film, but now, 50 years later, Downey Jr. is getting the chance to take his place.

TV
Important Question: When Will HBO Max Become Available on Roku?
by Amanda Prahl 1 day ago

Netflix
How Much of Netflix's Mank Is a True Story? Here's the Deal
by Stacey Nguyen 1 day ago

HBO
Warner Bros. Is Releasing All Its Movies on HBO Max in 2021 — Here's the Complete List
by Amanda Prahl 1 day ago