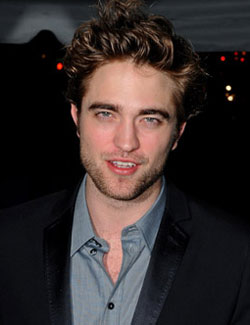 This news comes as an obvious shock, especially since the job has been speculated on lately — Summit reportedly approached Oscar-nominated directors such as Sofia Coppola and Gus van Sant. I have no idea how you go from Sofia Coppola to Pattinson, and I'm really wondering how he'll be able to pull off acting and running the show, but Clint Eastwood has done it plenty of times. I guess you could say Pattinson knows the material well, though it will be his first time in the director's chair. Even so, his inexperience shouldn't deter legions of devoted Twilight fans.

APRIL FOOLS!!! That really was too easy.