The Crazy Ones is kind of an apt title for the new CBS comedy, because when the cast came to the Summer TCA, they were full of one-liners, especially from their ringleader, Robin Williams. Comedy legend Williams is coming back to primetime for the new series, which is set in an ad agency, and on the TCA stage, he used no fewer than four different accents and cracked up the audience. He wasn't the only funny one, though; costars Sarah Michelle Gellar (who plays Williams's daughter) and James Wolk had their own moments in the sun, as did executive producers David E. Kelley and Jason Winer. Here are the funniest lines of the session: 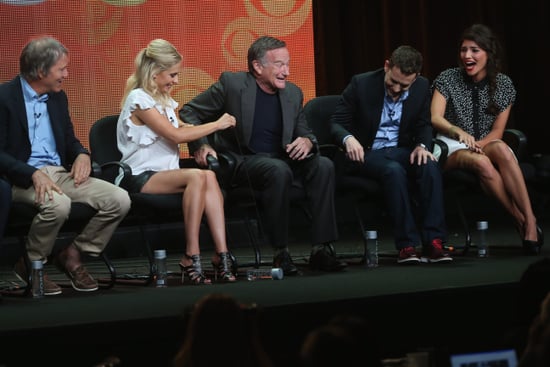