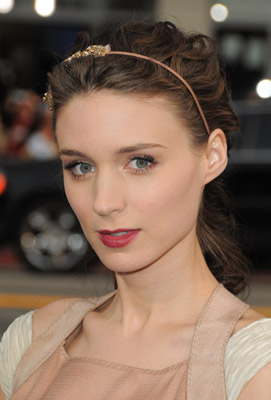 Finally! After months of speculation, Sony has picked an actress for the coveted role of Lisbeth Salander in David Fincher's The Girl With the Dragon Tattoo. Rooney Mara (Kate Mara's lil sis) has just signed a three-picture deal for the franchise, which is set to begin filming next month.

Mara most recently appeared in Youth in Revolt and A Nightmare on Elm Street, but this should be her breakthrough role if all goes according to plan.

Mara wasn't your top choice for the role when I polled you about the contenders last month, but now that it's set in stone, can you see her opposite Daniel Craig?

Holiday Entertainment
Jane Is the Real Hero of Happiest Season, and I Refuse to Entertain Any Other Opinions
by Maggie Panos 1 hour ago