Get ready to swoon! In the trailer for indie romantic comedy Ruby Sparks, Paul Dano plays Calvin, a struggling novelist who creates a character — a female muse named Ruby Sparks — to help him finish his book. Imagine his surprise when he finds Ruby (Zoe Kazan) in his apartment one day as his living, breathing dream girl. She's in love with him, and Calvin has to figure out what's going on: is she really real, is he crazy, and either way, if he can write whatever he wants and have Ruby do it, what should he write next? 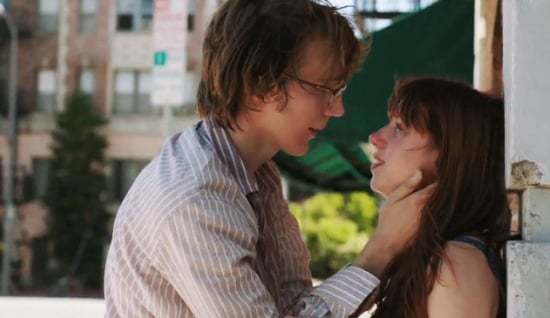 Kazan also wrote the screenplay, and the directors are the same ones from Little Miss Sunshine. That's enough to get me to see it, but the fact that Dano and Kazan are a real-life couple also makes me excited (as does adorable supporting cast member Chris Messina). The whimsical movie opens on July 25, but you can watch the trailer after the jump.

Lady Gaga
The House of Gucci Posters Could Say I Have Terrible Taste in Fashion, and I'd Say, "Thank You"
by Grayson Gilcrease 7 hours ago