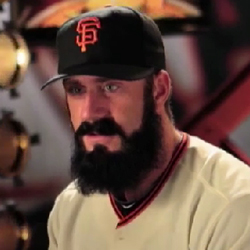 We learned of Showtime's new reality series about the San Francisco Giants back at the Winter TCA, and as baseball season approaches, we now have a peek at the trailer. The show, titled The Franchise: A Season With the SF Giants, will follow the 2010 World Series winners over a 10-month period as they train for a new season and seek to defend their title. The series begins on July 13, but look for a special preview on Showtime on April 13. Until then, watch the trailer when you read more.

TVVideo
Around The Web

Netflix
It's Spooky Season, and Netflix Has 100+ New Movies and TV Shows to Check Out in October
by Mekishana Pierre 53 minutes ago

Dancing with the Stars
Going For the Mirror Ball Trophy: Here's Who Is Still in the Competition on DWTS
by Kelsie Gibson 40 minutes ago