Sandra Bullock came to Comic-Con to talk about her upcoming film set in space, Gravity, in which she and George Clooney are the only onscreen actors. In the press conference for the movie, Bullock talked about working with Clooney, who's famous for his on-set pranks, and why they had to have a truce not to prank each other on this particular film. She also talked about using real astronauts as references for her character, while Gravity director Alfonso Cuarón, who was also at the conference with Bullock, talked about what he's hoping to show with the astronauts-in-peril movie. 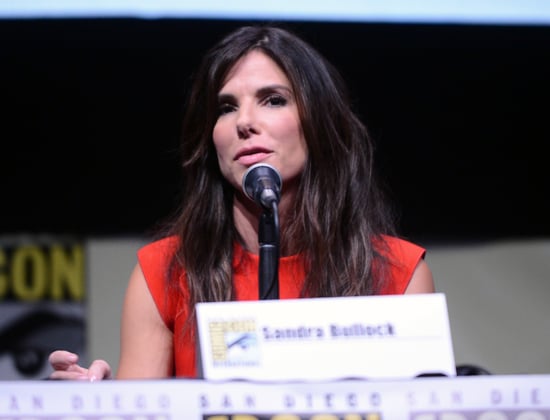