Steve Carell is about to be in much better company than just a few silly schmucks: the actor has reportedly signed on for the film adaptation of Tom Perrotta's novel The Abstinence Teacher with Sandra Bullock! Bullock would play the story's small-town, liberal sex ed teacher, while Carell would presumably step in as her born-again Christian love interest. 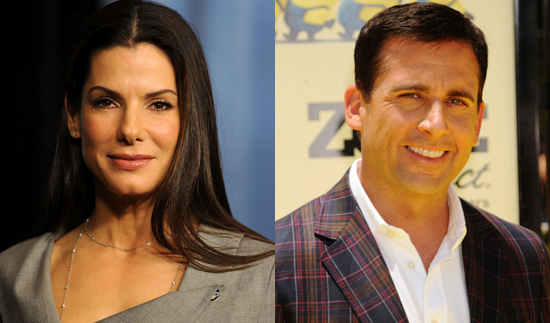 Now before you get all excited, it sounds like the film is still in the early development stages, so let's cross our fingers that it comes to fruition. Not only would I love to see Bullock and Carell opposite one another, but the movie also sounds like a weightier role for Carell. If you're a fan of Perotta's book, do you agree with this casting? Can you picture these two as a couple?

by Yerin Kim 57 minutes ago