If you're a fan of Grey's Anatomy, you might be interested in creator Shonda Rhimes's new midseason show Scandal. Though there are no medical mysteries to be solved on the show, there are plenty of juicy PR nightmares. The drama follows the work of a political "fixer" played by Kerry Washington, who leads a team that includes Lost alum Henry Ian Cusick. The stars of the show and Rhimes visited the Winter TCA to talk about the inspiration for the series and whether it bears any similarities to Rhimes's other shows. 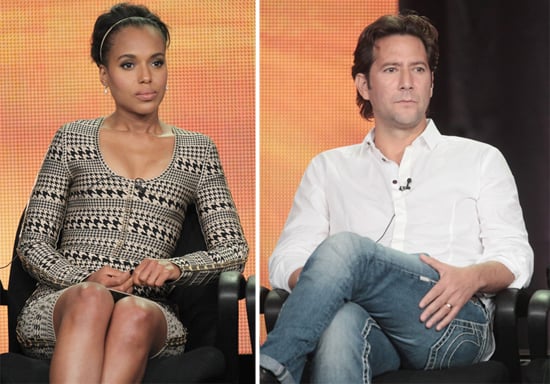