In one epic job-quitting number, a woman decided to deliver the "I quit" message to her boss with an interpretive dance set to Kanye West's "Gone." It's one of several viral videos that had us cracking up this week, along with a sketch from Saturday Night Live's season premiere and an oh-no-he-didn't wedding moment. Also on our radar? A meme featuring a falling Scarlett Johansson riding a dolphin. Check out this week's funniest Internet finds:

An "I Quit" Interpretive Dance

When Marina Shifrin decided to quit her job, she thought, why not go out with a bang? To leave her job at a company that makes news videos, she dedicated an interpretive dance to her boss, all set to Kanye West's "Gone."

With spot-on impressions and hilarious one-liners, the ladies of Saturday Night Live did a parody of HBO's Girls — with the help of host Tina Fey and a new character, Blerta. 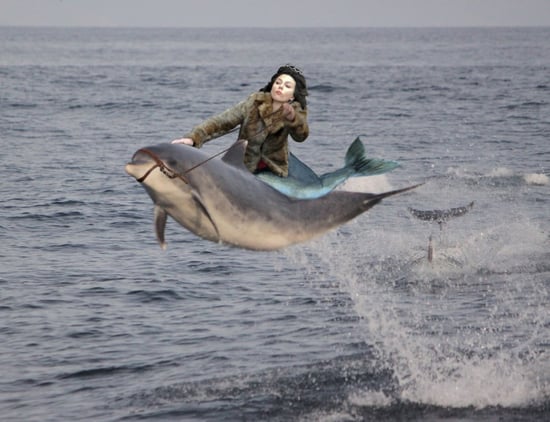 A picture of Scarlett Johansson falling made its way around the web, and soon after, a series of Photoshopped versions showed Scarlett on Aladdin's magic carpet, hanging on to the edge of a cliff, and riding a dolphin. Naturally.

After a groom moved through the line of groomsmen to hug each guy, he gave the last groomsmen a bit of a surprise. How I Met Your Mother's Marshall would be proud.