Rumors are swirling today about the casting for the upcoming Captain America movie. Candidates for the masked man himself have come down to six contenders, and some are more recognizable than others. John Krasinski and Chace Crawford represent the more well-known contenders, while up-and-comers Scott Porter, Mike Vogel, Michael Cassidy, and Patrick Flueger round out the list. 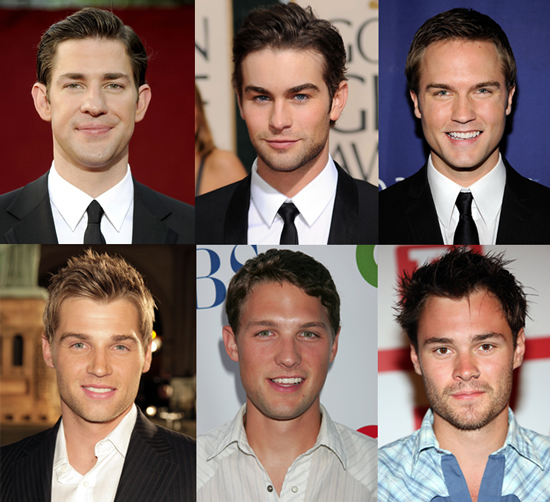 I don't know if I can really see The Office's Jim with his own action figure (though he'd be able to pull of Captain America alter ego Steve Rogers with ease), but I like the direction the filmmakers are going. The actors themselves will be screen testing for the role this week, but if you had your pick, who would you choose?

Movies
HBO Max's The Witches Is More Like the Book Than the Classic '90s Film, but With a Twist
by Mekishana Pierre 8 hours ago

Miley Cyrus
Miley Cyrus's New Album, Plastic Hearts, Is Dropping in November After 2 Years in the Making
by Brea Cubit 16 hours ago

Hero Fiennes-Tiffin
After We Collided: Why Tessa and Hardin Aren't Actually Good For Each Other
by Monica Sisavat 16 hours ago