Shia LaBeouf may be all done making Transformers movies, but he's lined up a doozy for his next project. LaBeouf will join Robert Redford in The Company You Keep, a thriller based on the novel of the same name by Neil Gordon. Redford will direct and star as a former radical who was once part of the Weather Underground Movement to overthrow the US government in the '70s. His identity is uncovered 30 years later by a young reporter (LaBeouf), and thus begins a nationwide chase as the FBI tries to nab him and the journalist tries to make a name for himself. It's always a treat to see one of Hollywood's veterans paired up with a young rising star, and I can't wait to see how these two play off of each other. How do you feel about this pairing? 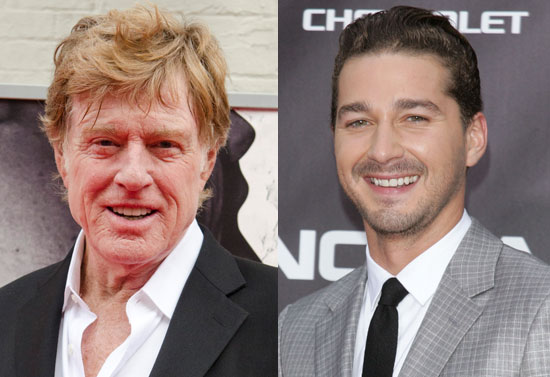 Nostalgia
Think You Know Love & Basketball? Test Your Knowledge of Monica and Quincy's Story
by Hedy Phillips 17 hours ago

Janelle Monáe
Shrouded in Mystery, Antebellum Bungles Its Setup and Miserably Fails Its Twist Ending
by Grayson Gilcrease 2 hours ago

Halloween
I Rewatched Halloweentown as an Adult, and the Storyline Is So Much Darker Than I Realized
by Chanel Vargas 22 hours ago

Harry Potter
I Am a Harry Potter Fan, but Now I'm Rethinking Everything
by Tara Block 23 hours ago