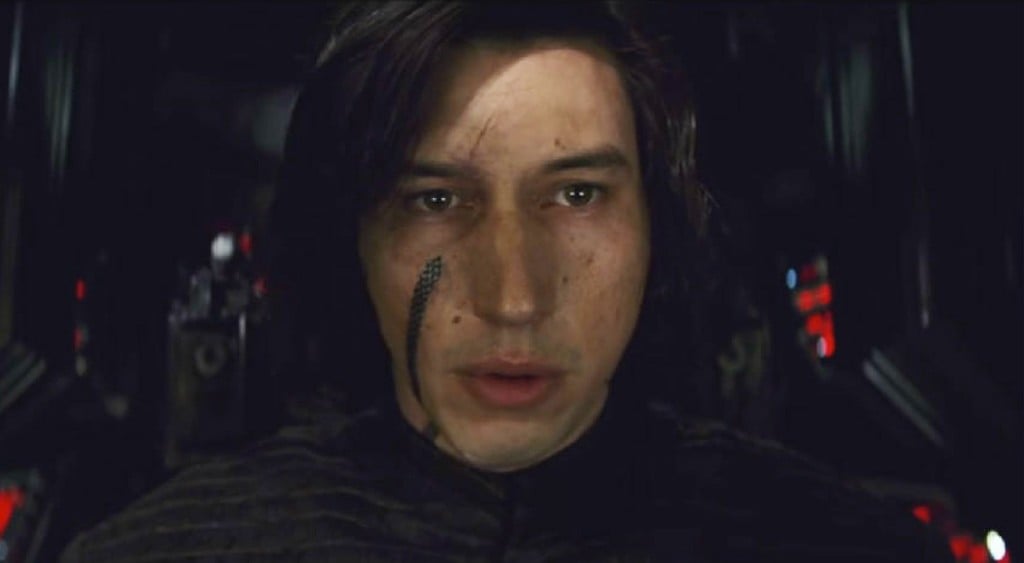 Warning: a few small spoilers for Star Wars: The Last Jedi below!

Kylo Ren's role gets expanded big time in Star Wars: The Last Jedi, which sees him developing an emotional connection with Rey — whom he may or may not be related to — and going head to head with First Order baddies like Supreme Leader Snoke and General Hux. Oh, and he also gets a shirtless scene. Yes, you get to see Kylo Ren (Adam Driver) shirtless save for some seriously high-waisted pants.

The moment is brief and abrupt, coming out of freakin' nowhere during one of his Force chats with Rey (Daisy Ridley), who is just as shocked by his shirtless bod as everyone in the audience at your movie theater likely was (someone behind me yelled "DAMN!" and I don't blame them). Naturally, fans have taken to Twitter to hash out their emotions about the moment, which has been seared into my retinas for all eternity.

Movie Reviews
The Reviews Are In! Our Editors' Picks From the Sundance Film Festival
by Monica Sisavat 4 hours ago

Movies
"Encanto" Is a Certified Hit — So Will There Be a Sequel? Here Are the Chances.
by Brittany Sims 5 hours ago