Scrap Cougar Town — we may soon be calling the show something totally different. ABC is reportedly testing several options for a new name for the Courteney Cox series (seeing as how Jules now gets with men her own age). The list of alternatives: Friends and Family, Friends and Neighbors, The Cul de Sac, Neighborhood Jules, Neighborhooding, The End of the Street, and The Neighborhood. 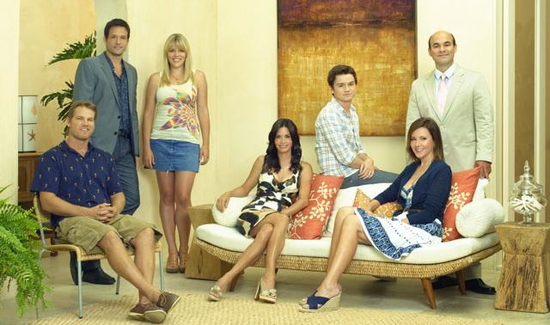 I've never been wowed by the title Cougar Town, but I can't see changing a series' name right before its sophomore season. Isn't that just opening yourself up to some sort of TV curse? I've grown to love the characters enough that I can overlook what the show's called, however lame, but perhaps I'm the only one who feels this way. What say you?

Courteney CoxABCTV
Around The Web

Holiday
The One With 24 Little Doors: This 2020 Friends Advent Calendar Is Full of "Central Perks"
by Chanel Vargas 10 hours ago

HBO
The Undoing: 3 Theories For Who Could Be Responsible For Elena's Death
by Monica Sisavat 10 hours ago

Adele
Adele Says Hello From the SNL Stage in a Sweet, Swear-Free Opening Monologue
by Brea Cubit 20 hours ago