Glee may be off-air for the time being, but that hasn't stopped the show from making headlines. Let's review: Lea Michele and Matthew Morrison tore up the Tonys, a prequel of the series is headed to bookshelves, and then there's the ongoing laundry list of guest stars (just yesterday we heard that Charice will cameo). But perhaps the biggest gossip that's made the rounds is a possible Glee movie. 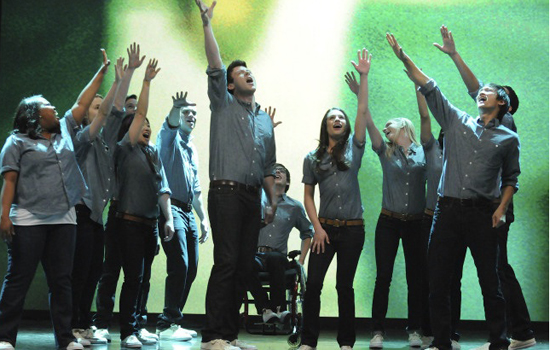 Creator Ryan Murphy has refuted the rumor, saying, "There will be no Glee movie in the foreseeable future," but I still wouldn't be surprised if they go with a film version down the road. Think about it: big-scale numbers and Lea Michele's voice in surround sound! Even so, perhaps it's for the best of the cast — we don't want to burn them out, after all. But would you want to see the gleeks on the big screen?

This is Us
This Is Us: How Randall's New Therapist Could Be the Key to Learning About His Birth Mom
by Kelsie Gibson 26 minutes ago