Simon Pegg stopped by Late Night With Jimmy Fallon with a little message for . . . Harry Potter? Apparently it was Harry's 33rd birthday, and in celebration, Pegg dressed up as "Drunk Ron Weasley." Not only did Pegg chug a goblet of beer in front of the audience, but he also let on to what happened after the series epilogue. Spoiler alert: Hermione ran off with Neville Longbottom. 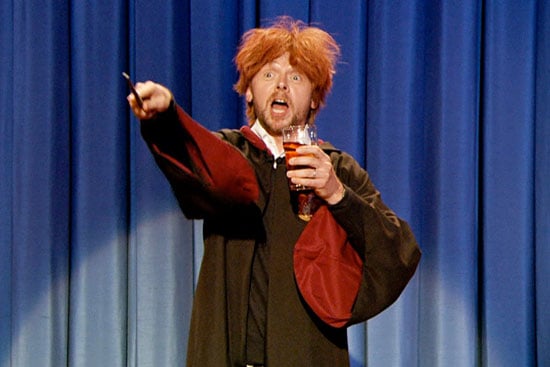