Simon Pegg can't say a thing about his character in the upcoming Star Wars: The Force Awakens, but he has quite a bit to say about his experience shooting the film — and his own Star Wars geekdom. We first caught a glimpse of a partially costumed Pegg in the latest footage from the franchise reboot, which debuted at Comic-Con earlier this month. So, when we chatted with the actor just a few days ago in Vienna, where he was premiering Mission: Impossible — Rogue Nation, we asked if he could tell us anything about his character. He couldn't. Well, could he give us a single adjective to describe him? Nope. OK, so could he tell us what it was really like to be on the set? Thankfully, yes. 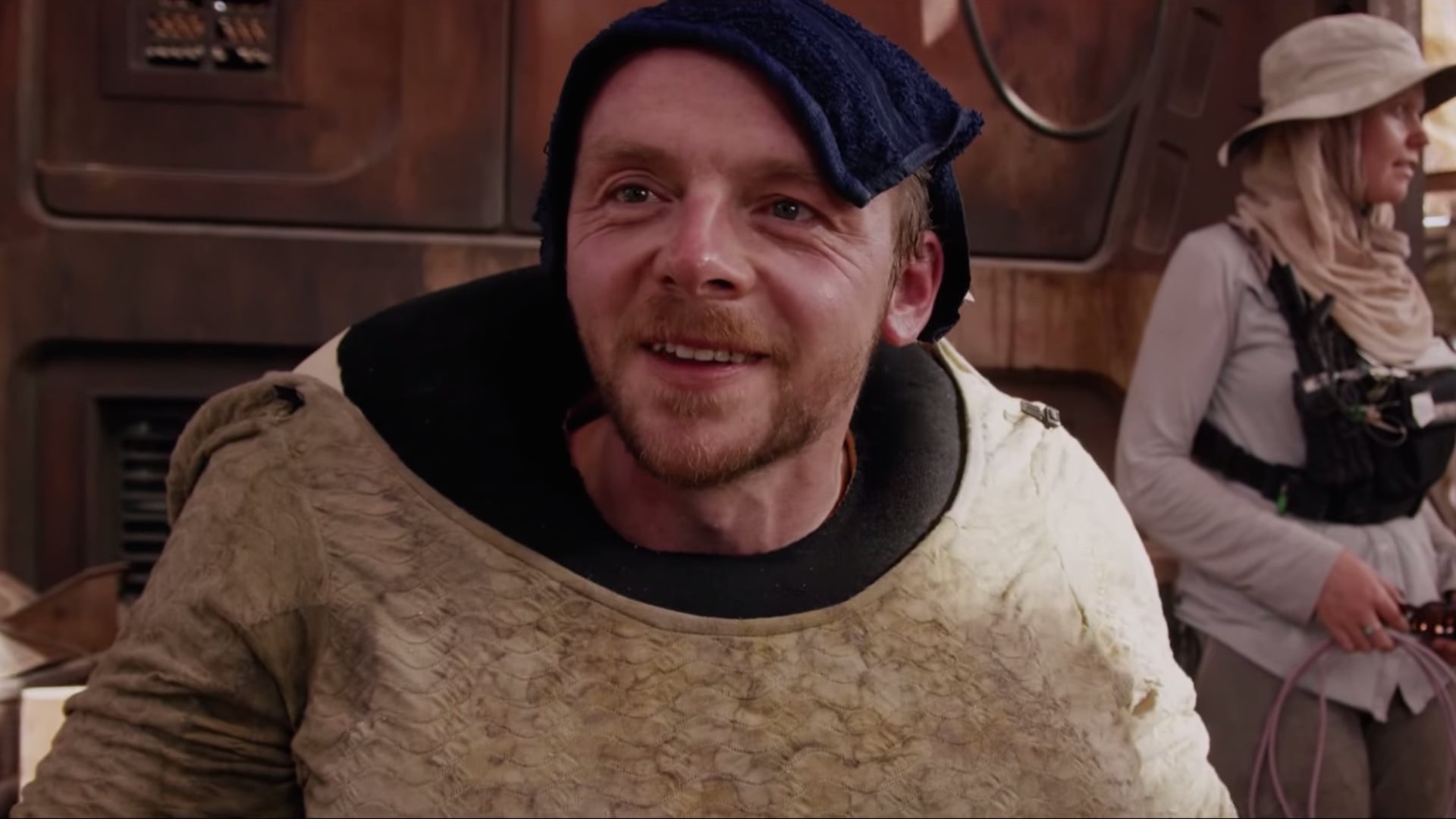 "I mean, seeing it for the first time [as a kid] and coming out and being so utterly changed by it, it was an incredible thing to be part of it," Pegg told us. "I was down there days when I wasn't working just to hang out and see everybody. Meeting the likes of Carrie Fisher, and Mark Hamill, and Harrison Ford — they were my heroes growing up. They still are. It was extraordinary, and I'm sure they find it hilariously funny. I was holding Carrie Fisher, like, 'I love you!' And I could see it, looking into her eyes, I could see the same eyes that I'd seen as a kid. It was literally a dream come true. They're all awesome. They're great people."