New Fox drama Sleepy Hollow is based on the legendary folk tale, but the modernized series has some pretty flashy roots: it's being produced by a few of the movie world's biggest action filmmakers. Len Wiseman, director of the Underworld series, has teamed up with Roberto Orci and Alex Kurtzman — screenwriters for the rebooted Star Trek franchise and the upcoming The Amazing Spider-Man 2 — to bring us Sleepy Hollow, a procedural that updates Ichabod Crane's tale by placing him in present day and has him fighting the Four Horsemen of the Apocalypse — one of whom is, yes, headless. These Hollywood heavyweights hit the stage at TCA along with series stars Orlando Jones, Nicole Beharie, and Tom Mison, to tell us how they're making Sleepy Hollow cinematic — and how exactly the headless horseman will communicate. 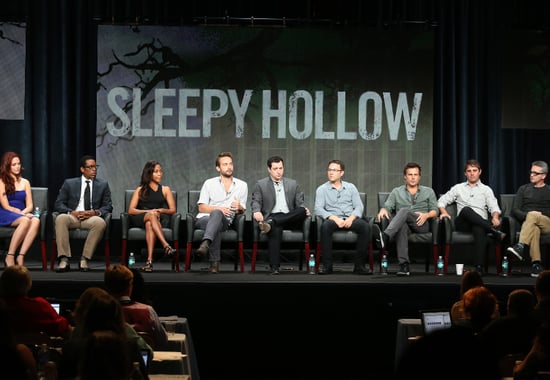 TV
Mauricio Ochmann Is Set For the Ride of His Lifetime in Pantaya’s New Series R
by Maria G. Valdez 4 hours ago