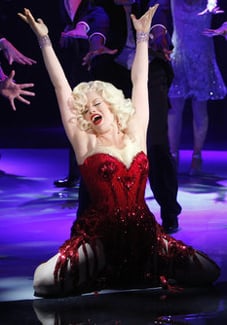 If you've been loving all the theatrics on NBC's new series Smash, then you're in luck: the musical show has just been picked up for a second season! This marks the second drama that's been renewed by the network, following Grimm's renewal just last week. I've been hooked on the diva showdown between Katharine McPhee and Megan Hilty, but have you been keeping up with the Marilyn Monroe mania on Smash?