NBC's Broadway drama Smash premiered this week after what felt like tons of promotion, introducing us to a group of producers who come up with an idea for a Marilyn Monroe-themed musical. We also met the two young women who want to star in it: Karen (Katharine McPhee), the small-town girl trying to make it big, and Ivy (Megan Hilty), the capable pro who seems tailor-made for the part. The first episode is definitely consuming — I'll keep tuning in to see who wins the coveted role as Marilyn, but I'm also just as intrigued by what's going on behind the scenes with the production team (thanks to talented heavy hitters like Debra Messing and Anjelica Huston). For those who tuned in, I want to know what you thought; did Smash deserve all the hype around it? And more importantly, will you keep watching? 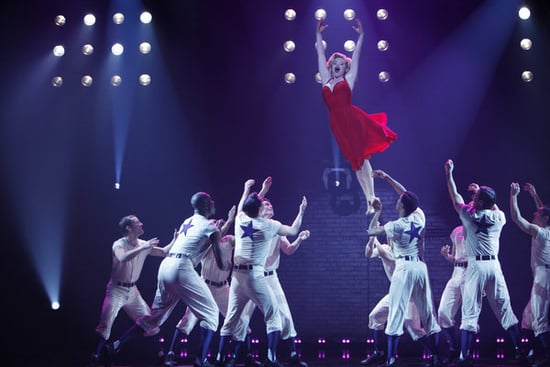