NBC drama Smash is about to burst onto the small screen, and the cast and producers alighted the TCA stage today to talk about how the Broadway-set series will play out. The series follows the production of a musical about Marilyn Monroe, and stars Katharine McPhee, Debra Messing, Angelica Huston, and more chatted with reporters about the characters, the fictional play at the center of the series, and how the show isn't like Glee despite its musical premise. 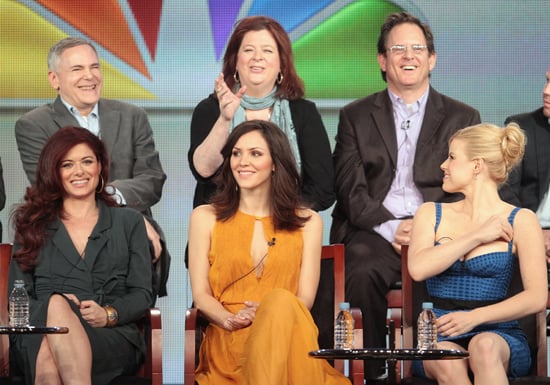