Dwayne Johnson has just become my favorite vengeance-seeking movie dad — behind Liam Neeson in Taken, obviously. In Snitch, Johnson plays a father who vows to get his falsely imprisoned son (Life Unexpected's Rafi Gavron) exonerated, by any means necessary. He agrees to work with the FBI and infiltrate the violent underworld of drug running, and his connections soon lead to a notorious crime boss (Benjamin Bratt). It becomes clear that if he makes one wrong move, his entire family will be in jeopardy. 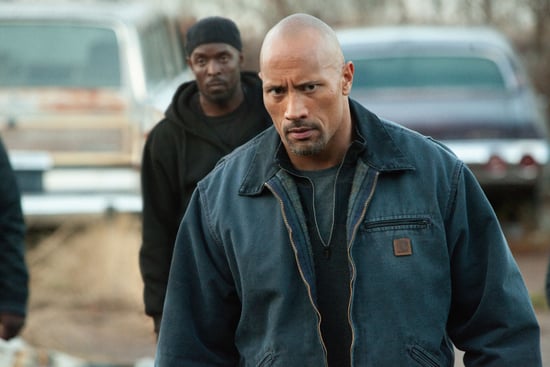 I love that Johnson's playing the regular dad with a by-the-books job — who happens to be very skilled at driving in high-speed chases. Susan Sarandon as the FBI agent also elevates the action fare, and I'm moderately curious about Bratt's ability to keep up that surprisingly heavy accent for an entire film. Snitch is set to open on Feb. 22, and you can watch the trailer after the jump.

Jamie Lee Curtis
Lock Your Doors! Michael Myers Is Back in the Suspenseful Trailer For Halloween Kills
by Chanel Vargas 1 hour ago

Janel Parrish
Janel Parrish's Hallmark Film, Holly & Ivy, Will Give You All the Feels: "It Has So Much Heart"
by Kelsie Gibson 4 hours ago