Miles Teller takes the lead in The Spectacular Now as a hard-partying teen who stops only to admire the beauty of his new love interest, played by Shailene Woodley. Set in a small town, the film (adapted from the popular novel) follows Sutter (Teller) after his girlfriend breaks up with him and he takes a sudden interest in a smart loner from school, Aimee (Woodley). She's not exactly in his crowd or into the same things, but their romance seems to change him for the better. Kyle Chandler, Mary Elizabeth Winstead, and Jennifer Jason Leigh also star. 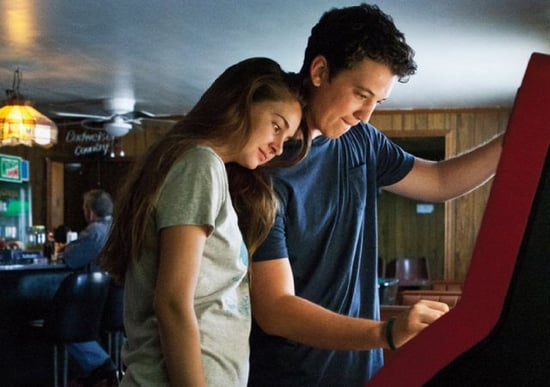 I love these two leads in their roles, and I'm especially excited about seeing Teller take on a meatier part after his breakout role in Footloose a couple years ago. The movie got great reviews at Sundance, so I'm looking forward to it finally hitting theaters. The movie opens in limited release on Aug. 2, and until then, you can check out the trailer after the jump.