We're in the home stretch of award season, but before the Oscars close things out, Hollywood honored some of the best in independent films with the Spirit Awards. Christopher Plummer continued to sweep the best supporting actor category for Beginners, while Shailene Woodley got her first win for her work in The Descendants. Oscar nominees Jean Dujardin and Michelle Williams both got an early boost from Spirit wins as well. The Artist was the biggest winner of the night, taking home four awards including best feature. 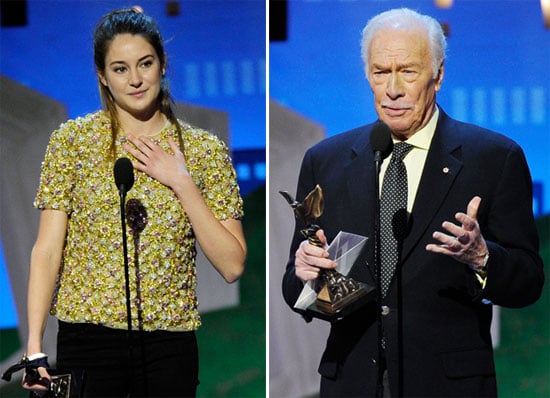 To see the full list of the winners, just read more.

JOHN CASSAVETES AWARD (Given to the best feature made for under $500,000; award given to the writer, director, and producer)
Pariah

ROBERT ALTMAN AWARD (Given to one film’s director, casting director, and its ensemble cast)
Margin Call