The Oscars aren't the only award show happening this weekend: the Spirit Awards took place today and honored the best in independent film. Silver Linings Playbook dominated the show, winning best feature, best director, and best screenplay for David O. Russell and best female lead for Jennifer Lawrence. The other acting categories had some surprises, too: Matthew McConaughey won for his performance in Magic Mike, and John Hawkes, who didn't earn an Oscar nomination, won for best male lead for The Sessions. 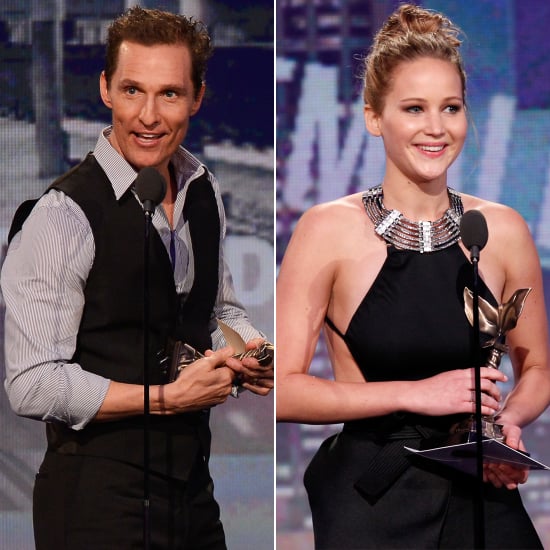 See the full list of winners after the jump.

JOHN CASSAVETES AWARD (Given to the best feature made for under $500,000)
Middle of Nowhere

ROBERT ALTMAN AWARD (Given to one film's director, casting director, and its ensemble cast)
Starlet

ACURA SOMEONE TO WATCH AWARD
Adam Leon, Gimme the Loot

Movies
The Wickedly Magical Ending of Craft: Legacy Leaves a Possibility For More Sequels
by Mekishana Pierre 3 hours ago

The Craft
The Craft: Legacy Features a Cameo That Leaves Us With a Lot of Questions
by Mekishana Pierre 4 hours ago