Preproduction is in "full-swing," and Star Wars: Episode VII has received a release date. Mark your calendars: the reboot will open on Dec. 18, 2015. "We're very excited to share the official 2015 release date for Star Wars: Episode VII," said Alan Horn, chairman of The Walt Disney Studios. The film is set to be directed by J.J. Abrams, and the original cast is still in negotiations to return. Who's excited? 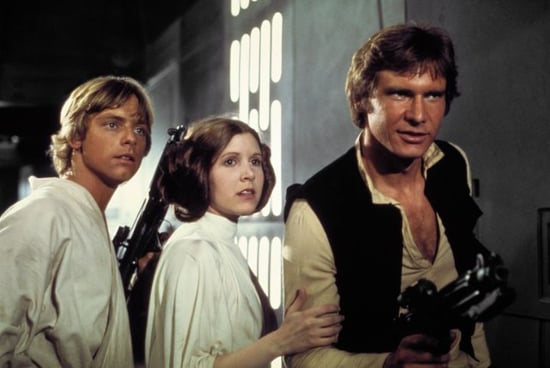 Hulu
Still Trying to Figure Out the Mystery Behind Palm Springs's Sweet Nana? We've Got Some Ideas
by Mekishana Pierre 13 hours ago

Netflix
Will There Be a Sequel to The Old Guard on Netflix? It All Depends on You, Apparently
by Corinne Sullivan 18 hours ago

Charlize Theron
The Old Guard: Andy's History Goes Much Further Back Than You Probably Think
by Amanda Prahl 23 hours ago