J.J. Abrams is well aware that Star Wars fans will be on the lookout for Easter eggs when The Force Awakens hits theaters this week. So, when we interviewed the writer-director in LA this weekend, we asked if he could single out a particular scene or moment we should pay special attention to in the film. Turns out, there is one — but it sounds like we'll really have to keep our eyes peeled. 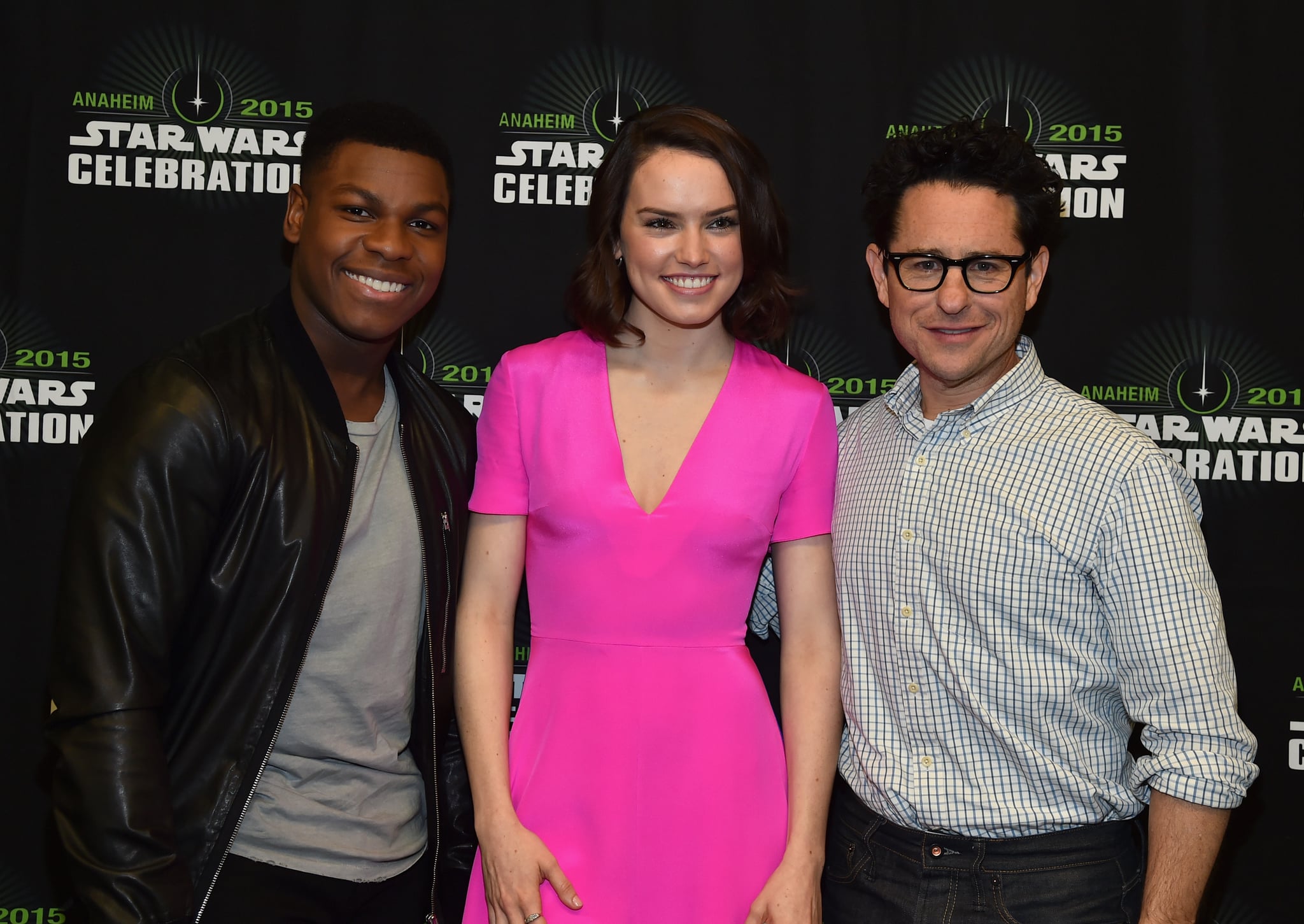 "We put some Easter eggs in, but they were Easter eggs that weren't sort of the normal, from-another-movie type of Easter eggs," Abrams explained. "They were things we knew people would discover upon later viewings. Small things. But there's a chase that involves the Falcon, and if you look at it carefully, there are a couple of things that happen in it that might be fun to recognize."

Abrams also talked about the thought process that went into developing the franchise's new characters, like John Boyega's Finn and Daisy Ridley's Rey. "These characters were the key to the movie, and [in] working with Lawrence Kasdan, the writer of Empire Strikes Back and Return of the Jedi, we knew we had to not just write about the continuum of where this world has gone and what has happened to characters we know and love, but also, most importantly: why are we doing this story? What's the story about? Who are we getting to meet? These two characters of Finn and Rey — and there are others, too — these were the characters we really wanted to explore," he said.

Still, while Finn and Rey might mark a new chapter in the franchise, they were created with the overall legacy of Star Wars firmly in mind.

"In talking about what meant the most to us about Star Wars, it was really the idea of underdogs and characters who come from either nothing or nowhere who kind of have to step up. One idea that was really important to us from the very beginning for some reason was this notion of someone, part of the First Order — which is really what the Empire has sort of become — knowing and realizing this was not right. This was not the place to be. And actually doing the unthinkable and abandoning his post and leaving and running away," he said. "And the idea of this scavenger, this young woman who makes a life on her own in this incredibly isolated place, this desert in a place called Jakku, these were just two characters that, for whatever reason, were really compelling to us. And that was the thing that we knew was the most important thing. Because Star Wars has always been this generational story of young people discovering their value and place in this universe."