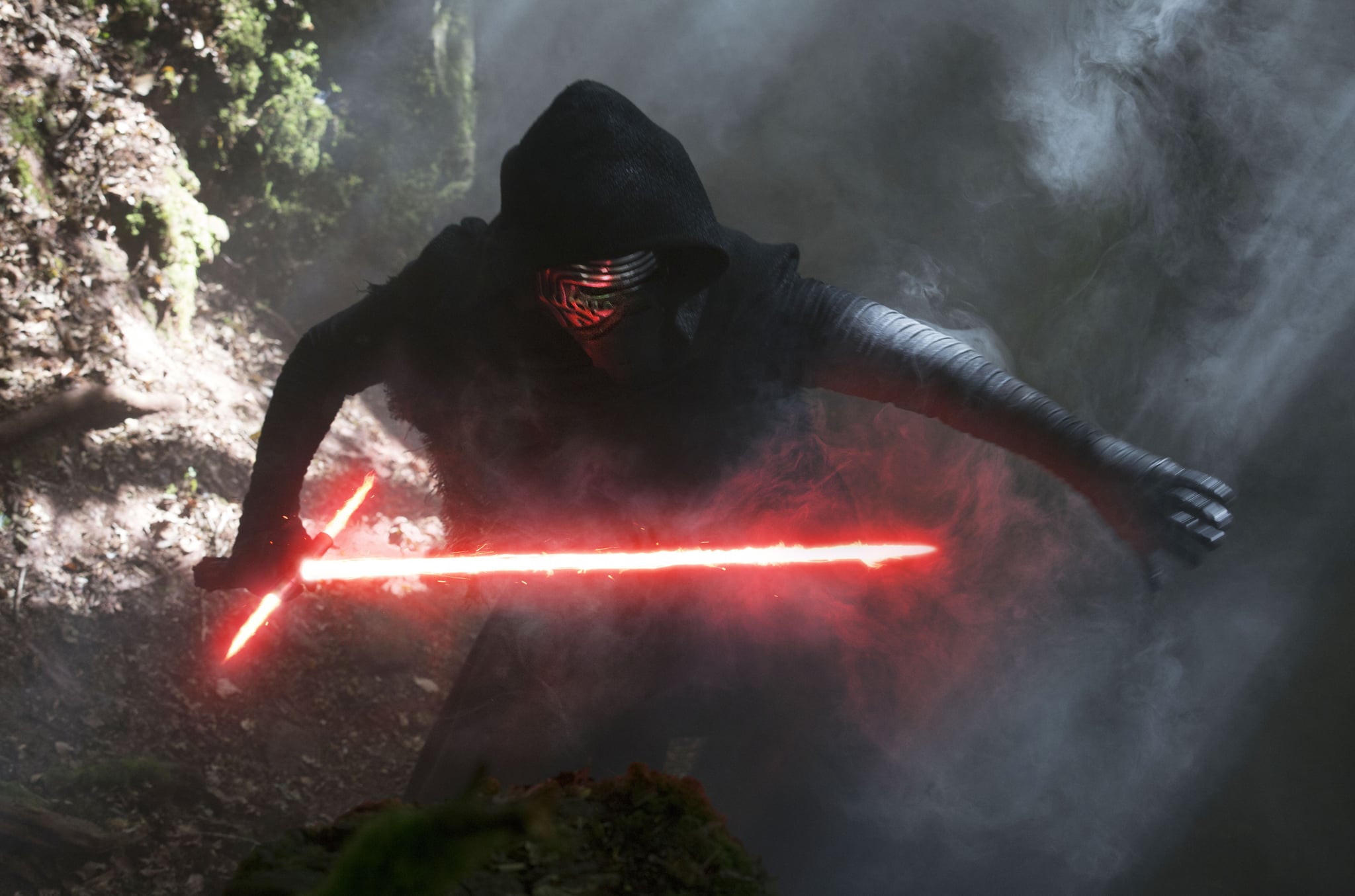 If you think the Force has awakened in the Star Wars universe, just wait until you catch wind of this. Recently, it seems the official Star Wars website made two seemingly tiny changes to the bios of Kylo Ren and Rey. On Kylo's side, it says, "A mysterious connection seemed to link the two." Meanwhile, on Rey's side, it says she was "captured by the dark side warrior Kylo Ren, with whom she shared a strange connection." Hold up. Strange? Mysterious? It's true, we had an inkling that there was more to their relationship than meets the eye, but maybe we're not going deep enough. So we came up with some theories.

Related:
You'll Scream Like a Porg Over the New Star Wars: The Last Jedi Teaser

One of the most common theories about Rey's parents is that she's a Skywalker. Sure, it's obvious. But Rey does find Luke's lightsaber by sheer power of the Force. She shows obvious Force sensitivity and enhanced abilities out the gate. Then there's the fact that Kylo Ren sees the island Luke's on while reading Rey's mind! Kylo Ren is obviously a Skywalker: he's the son of Leia Organa. If the two are related, it's a crazy showdown of brother and sister, of Luke and Leia, and of the dark side and the light.

2. They're Destined For the Classic Skywalker/Palpatine Model

Another popular theory out there is that Rey is a descendant of Emperor Palpatine. This would set her and Kylo Ren up for a Star Wars face-off that occurs in every single trilogy: a Palpatine vs. a Skywalker. In the first trilogy (numerically), Anakin Skywalker faces off against Emperor Palpatine. In the second, Luke goes up against the same villain, who has since become even more evil. This would create a sort of destiny between the two names. Rey, a Palpatine, going against Kylo Ren, a Skywalker. What's more, the Palpatine bloodline has shifted to the light side, while a Skywalker has gone dark. Who knows how it could turn out?

3. They Mark the End of the Jedi and the Sith

In this new trilogy, there are no Jedi or Sith . . . yet. On the good side, we have Force-sensitive individuals like Maz Kanata and Lor San Tekka and Rey and even Finn. They all demonstrate Force skills in varying degrees, but none of them are Jedi knights. Kylo Ren, of course, is a member of the First Order, but neither he nor Snoke identifies as a Sith lord. Now that we know Episode VIII is called The Last Jedi, it seems we're coming to a real turning point. Regardless of who the last Jedi is, what if Rey and Kylo Ren represent the future of the galaxy? What if everything changes once they both harness their power? It's hard to say what this would mean, but it's certainly interesting to consider.

4. Their Connection Will Result in Insane Consequences

We know Kylo Ren is very troubled. It's clear his journey to the dark side has been tumultuous, and Han Solo very nearly draws him out of it. Rey, on the other hand, seems to have a darkness in her. There's that moment during her lightsaber duel with Kylo Ren, where she very nearly delivers a deadly blow and kills him. Furthermore, Kylo recognizes this darkness in her as well. He offers to train her! What if they switch spots? What if Kylo pulls Rey to the dark side just as he finds himself drawn to the light? What if all the heroes are actually villains and vice versa? It could change the whole trilogy as we know it.

Idris Elba
A New 007? Idris Elba May Replace Daniel Craig as the Next James Bond
by Njera Perkins 13 hours ago