Well, this certainly isn't anything like the musical version of Camelot. Starz has just revealed the trailer for its upcoming spin on the story of Arthur, which is definitely darker than what you may expect. Debuting April 1, the series boasts an impressive lineup of stars led by the Twilight saga's Jamie Campbell Bower as the young king. Also appearing: Joseph Fiennes as Merlin and Eva Green as Arthur's half sister Morgan, who will stop at nothing to claim the throne for herself — even if it includes black magic. 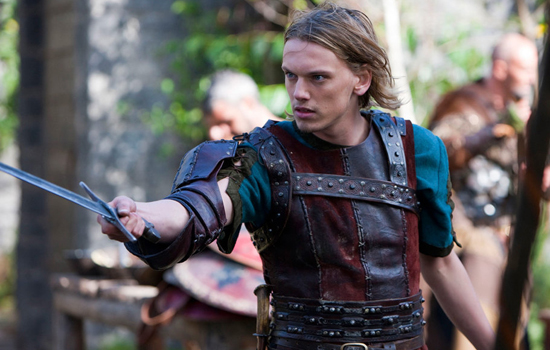 Do I have your interest yet? If not, how's this: young Arthur on a beach, getting hot and heavy with Guinevere (Tamsin Egerton). Yup, there's some sexy time in the midst of all that swordplay, so find out if the series is worth your time after the jump.

Netflix
Meet the Cast of Your New Favorite Zombie Show, Netflix's "All of Us Are Dead"
by Michele Mendez 3 hours ago