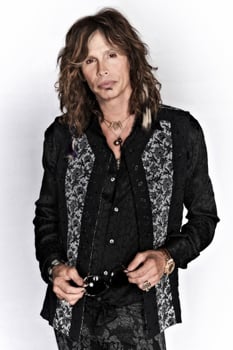 I've been cryin' ever since yesterday when I heard Steven Tyler would be relinquishing his judge's throne on American Idol. His announcement preempted fellow judge Jennifer Lopez's official word that she will also be leaving the show. And just like that, a regime has fallen. Though J Lo was a welcome addition to Idol, I was surprised at how Tyler quickly became my favorite judge when he joined the panel two years ago. I respect his decision to move on but that doesn't mean I have to like it. I've been pondering what made the Aerosmith front man such a fit for the show, and here's what I came up with.

What are you going to miss most about Steven? Let me know below, cause I don't wanna miss a thing.