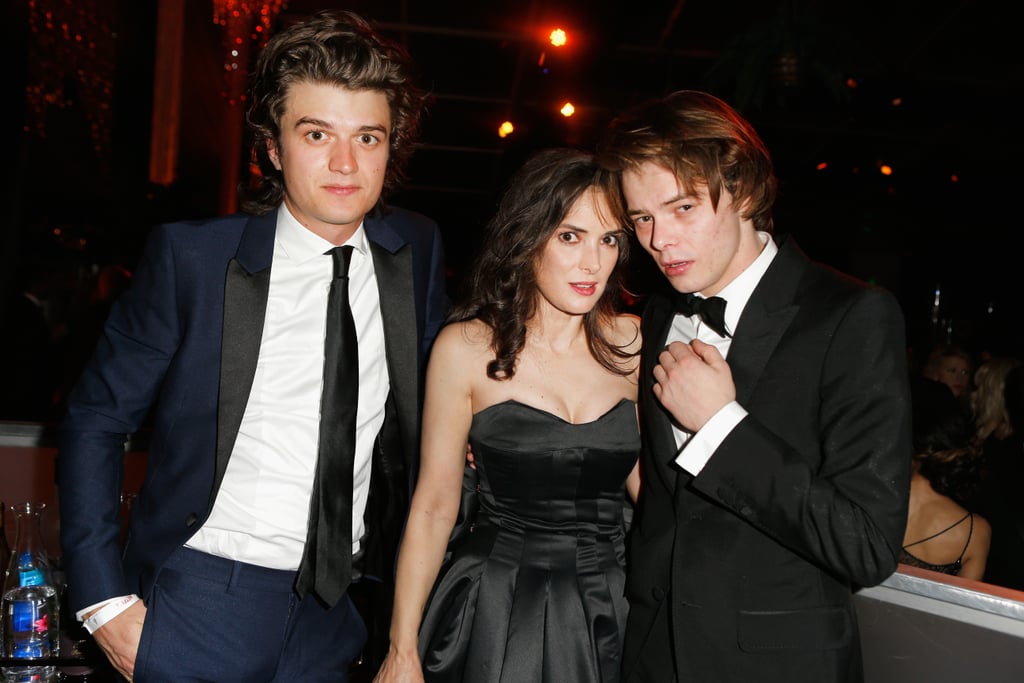 The cast of Stranger Things picked up a few Golden Globe Award nominations this year, but even though they didn't take any of those trophies home, they should've gotten an honorary award for having the most fun together. After entertaining the Emmys with a musical number and goofing off at the Critics' Choice Awards, the pint-sized cast hit the red carpet at the Golden Globes ready to make everyone around them smile. Millie Bobby Brown rocked a shimmery silver dress while posing in a few solo pictures (where she flashed the number 11, naturally). Meanwhile, her male costars — Gaten Matarazzo, Noah Schnapp, Finn Wolfhard, and Caleb McLaughlin — looked James Bond-worthy in their group shots. Looks like their real-life friendship is still going strong! Not to be outdone, the older cast also arrived looking sharp. Best actress nominee Winona Ryder stunned in an elegant black gown and later hopped in a few photos with costars Charlie Heaton and Joe Keery.

Netflix
Will There Be an "Extraordinary Attorney Woo" Season 2? Here's the Deal
by Pallavi Bhadu 2 hours ago

Tatiana Maslany
Tatiana Maslany on Portraying a Female Hulk: "Our Culture Is So Fixated on Women's Bodies"
by Eden Arielle Gordon 3 hours ago

by Sara Youngblood Gregory 36 minutes ago