Liam Neeson's thriller sequel Taken 2 took the top spot at the box office this weekend, hauling in $50 million in its debut. Last week's top earner, Hotel Transylvania, dropped to second place, with $26.3 million. Pitch Perfect made $14.7 in its first week in wide release, followed by Looper with $12.2 million. Frankenweenie took in $11.5 million in its opening weekend to round out the top five. The week's other new releases, The Orange and The Paperboy, took in $180,000 and $110,000, respectively. 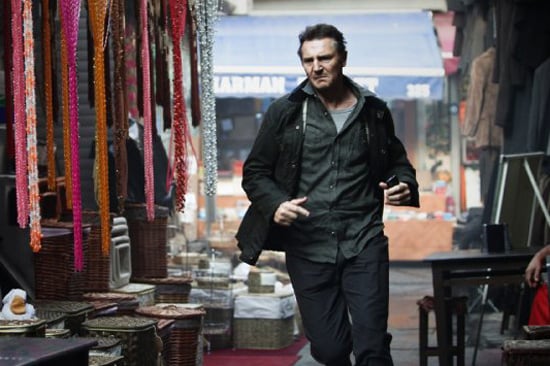 Halloween
I Rewatched Halloweentown as an Adult, and the Storyline Is So Much Darker Than I Realized
by Chanel Vargas 17 hours ago