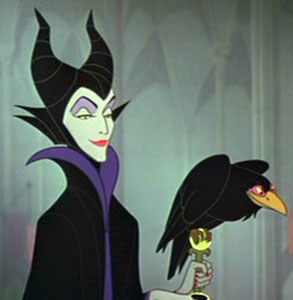 Nothing's been set in stone yet, but rumors are flying that Tim Burton is in talks to make a live action movie about Maleficent, aka Sleeping Beauty's villainess. The movie would tell the story we all know and love, but from the evil fairy's point of view.

Turning a fairy tale on its head isn't a new idea by any means, but it's always fun to envision a more developed backstory for some of history's most vile (and seemingly one-dimensional) bad guys. Of course, I can only imagine what Tim Burton would dream up — and how he can fit Johnny Depp into the story line.

The musical Wicked gave a voice to The Wizard of Oz's Wicked Witch of the West, and many of the Batman movies explored the motives and inner workings of Gotham's most terrible criminals. I can't help but think of other famous villains that were never fully explained: for instance, why was Ursula banished from the sea kingdom in The Little Mermaid? Or what made Cruella de Vil so vile? I also wouldn't mind stepping out of the Disney realm and learning a little more about No Country For Old Men's Anton Chigurh or Bill the Butcher from Gangs of New York.

What villains would you like to see get a second chance at sympathy?