Ready to see the best use of spoken word since the bean bag scene in She's All That? Tom Hanks stopped by Late Night With Jimmy Fallon to promote Cloud Atlas last night, and he performed a slam poem about Full House. It starts out general, but then it gets specific, highlighting the episode where the girls win the radio station contest and get to go to a Beach Boys concert. It's hilarious, surprisingly intense, and further proof that Tom Hanks is, in fact, the best thing ever. 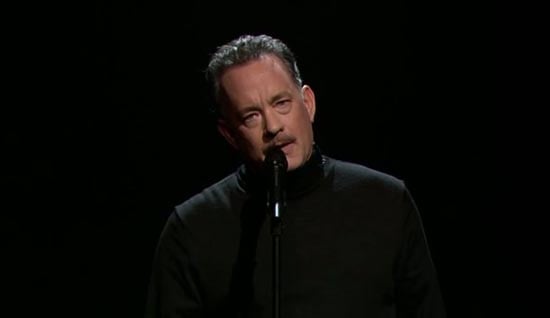