Robbie Amell, Mark Pellegrino, and the rest of the cast of The CW's upcoming sci-fi series The Tomorrow People stopped by the Summer TCA for a chat with reporters this week. Amell (yes, cousin of Arrow's Stephen) discussed how his hobbies have shifted now that his face is his moneymaker, as Aaron Yoo cracked out a few references to '90s videos games and Pellegrino explained why he loves playing a good villain. 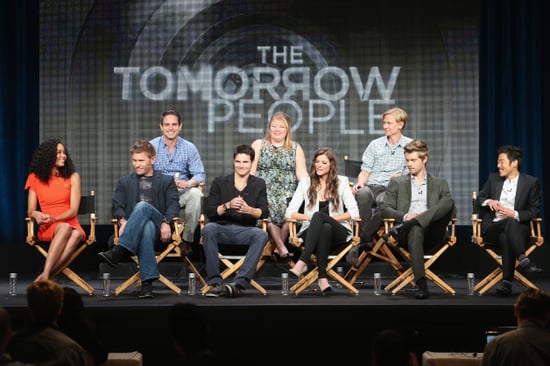 Netflix
Every Wondered How Many Times Flora Says "Perfectly Splendid" in Bly Manor? It's a Lot
by Chanel Vargas 12 hours ago