Jane Campion's miniseries Top of the Lake is currently airing on the Sundance Channel, and I'm hooked. Mad Men's Elisabeth Moss takes the reins in the seven-part series as Robin, a New Zealand detective investigating a young girl's disappearance. Tui, the missing 12-year-old girl, is pregnant, and though there are a myriad of questionable men in her life (including Beauty and the Beast's Jay Ryan as her half brother), the baby's paternity is unknown. It could be a straightforward procedural, but Campion (The Piano, Bright Star) weaves a strange and unique mystery. Here's my case for why Top of the Lake should be at the top of your DVR. 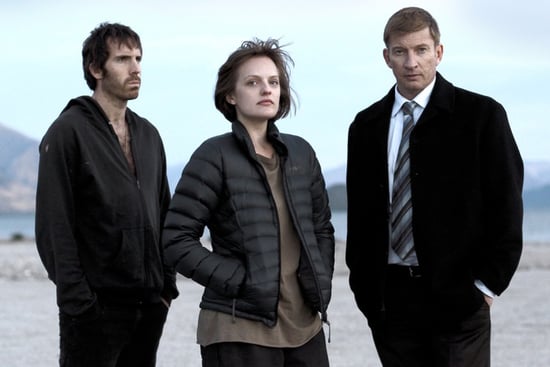 Have you been watching Top of the Lake?

Schitt's Creek
The Iconic Schitt's Creek's Line of "Ew, David!" Is Said on the Show a Lot Less Than You Think
by Grayson Gilcrease 9 hours ago